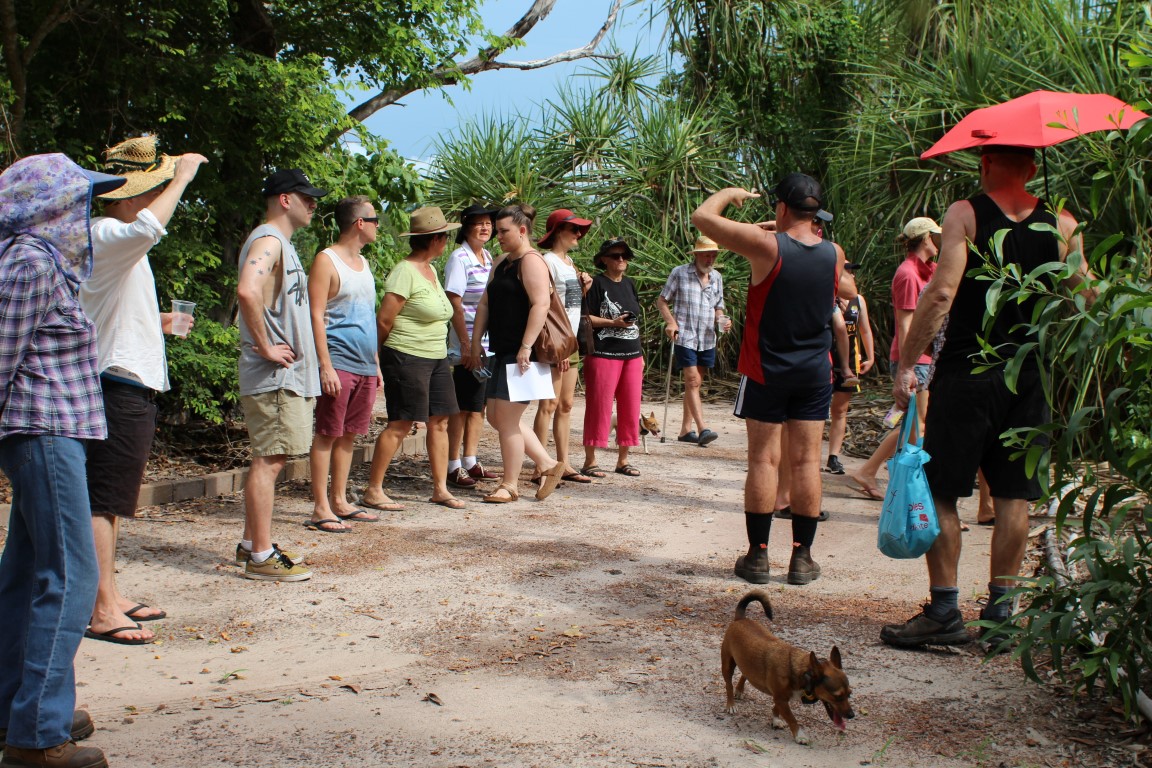 Troy and Peter have been working on the 5 acre property in Leanyer over the last 2 years to restore it to native habitat, complete with beautifully landscaped paths using found rubble from the property. They also salvaged fill from construction sites and have planted over 500 plants. This hasn’t been easy and has involved a lot of hard work, removing vast amounts of Coffee bush, grassy weeds including Gamba and Mission Grass and concrete rubble; in fact many of the large native trees including beautiful Ghost gums and Milkwoods were only discovered on removal of the Coffee Bush.

The 500 plants were mainly grown at the Greening Australia nursery but Pete and Troy have also been growing many plants themselves after attending propagation workshops, with successful acacias and native peanut trees popping up from the seed of trees planted just one year ago!

The difference in one year is incredible, with plants being planted with assistance from the Green Army in December 2016 and December 2017.

IN December during a guided walk and talk, a group of 16 people, including those also involved in the replanting program enjoyed a walk and landholder story. This was followed by seed collecting and propagating workshop by the pool and landholders got to practice and take plants home. 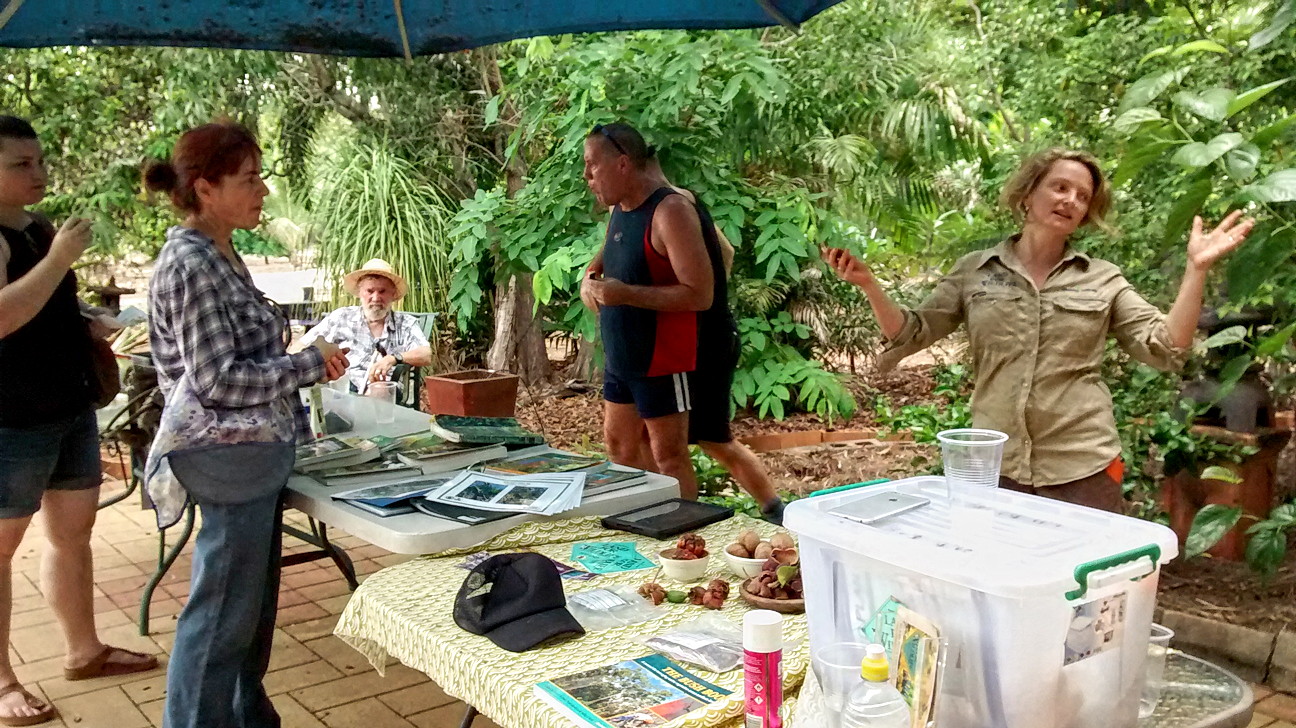